With decades of combined experience across all disciplines of architecture and construction project management, Fewer Harrington & Partners bring world class personnel to each and every project

Ian Fewer, Niall Harrington and Tony Power are the senior management team at Fewer Harrington & partners. Please click on the images above to learn more about them.

Ian has extensive International architectural experience in the design & construction industry and has worked on many projects in the UK, Ireland, Poland, Spain, Nigeria, UAE and Saudi Arabia. Ian’s knowledge and personal skills have assisted many different clients to achieve their goals and visions in the built environment. His approach to business is focused around problem-solving and client satisfaction.

Ian is a chartered member of both the British and Irish Royal institute of architects. Ian is passionate about design and the built environment and his position as Partner in charge of design allows him to instil his energy for design and innovation within Fewer Harrington & Partners. Ian studied architecture in UPC Barcelona University and graduated with honours from Dundee University. He began his career with Hamilton & Associates in London where he gained experience on large-scale residential and commercial projects.

Ian is also one of the founding directors of Pivotal International. Pivotal is a multi-disciplinary consultancy company focusing primarily, but not exclusively on large design and supervision projects.

Ian is also director of Chamber of Commerce of Ireland since 2008 and is on the Economic and Planning Committee for Waterford City since 2008. He was also the Chairman of Ireland’s only Festival of Architecture from 2009 to 2012 and was on the Finance Committee for the Waterford Tall Ships Festival 2011.

Niall has over 25 years of experience in Architecture, working in both Ireland and the UK. After his studies in Waterford in 1987, Niall worked on the conversion of a Norman Keep private residence on a 400-acre island into what is now Waterford Castle Island Resort. In 1988 Niall travelled to London and worked for 5 years with Chapman Taylor working on a number of high profile shopping centres and office developments throughout London and the UK.

In 1998 following his return to Ireland, Niall established his own architectural practice, HRM Architects. In 2003 Niall merged his practice with then Fewer McGinley and formed what is now Fewer Harrington and Partners, one of Irelands largest and best known Architectural practices.

Based in the South East of Ireland, the practice has expanded and currently has offices in Dublin, Warsaw and Riyadh. The practice prides itself on its quality of staff and the diverse portfolio of work it has completed, along with the many countries it has successfully worked in and the friends that were made on its journey.

As the managing partner, Niall has been responsible for urban design and master planning projects in Europe and North Africa, working closely with clients on large commercial schemes, such as the new urban master plan of the Czosnow Community just outside Warsaw in Poland, the mixed-use Town Centre Scheme for Banbury in the UK, and the new Artefacts Museum Campus at Lagos University, Nigeria. This is just a flavour of the scale and diversity of International Architectural projects Niall has undertaken.

Niall’s core strengths are listening to clients, understanding the commercial reality of projects and working the project from zoning, urban framework through feasibility and concept, and engaging with all of the relevant stakeholders.

Niall’s diverse and wide range of design experience and completed projects include domestic extensions, one-off houses, mixed-use, retail, commercial, leisure, education and healthcare projects ranging from €100,000 to €40 million. It is the architectural diversity and challenges of these varying projects that keep his design grounded and his ideas and inventions fresh.

Niall is very much a family man with strong community ties. He has worked on numerous committees and boards in his community, working primarily with schools, the elderly and local sporting clubs.

Tony Power graduated from WIT and joined the practice in June 1980. He is part of the Senior Management Team of Fewer Harrington and Partners and has direct responsibility for Operations, Resource Planning and Implementation of projects, both domestic and international, from inception to handover. As Technical Director he is responsible for overall Project Co-ordination and Project Management, Staff assignments and follow-through to completion.

Apart from his direct responsibility for many of the major projects in the office, Tony’s role as Technical Director involves interaction with all of the office teams, sub consultants and others providing valuable technical support and a quality control function on individual projects. He has worked on all the various building types in the office’s portfolio including industrial, healthcare, pharmaceutical, educational, leisure, commercial and residential projects from inception to completion. He also has extensive site and project management experience and adopts a hands-on approach to all projects.

He is the practice specialist on Industrial, Healthcare and particularly Pharmaceutical projects and has developed specialist interest and knowledge in current manufacturing processes and trends in the industry. His knowledge of Process Architecture, ability to develop accurate and complete briefs, with client interaction through workshops, combined with his Project Management skills in managing design teams provides for a fully comprehensive leading edge design approach on all projects.

Tony has previously carried out projects in the UK and USA and is currently working on developments in Ireland, Nigeria and Saudi Arabia.

The managing partners are supported by team leaders, each of whom head up their own department while working closely with other department to ensure efficient and successful completion of projects. Please click on the relevant person above to find out more about them

Having worked on a vast range of residential, commercial, industrial and pharmaceutical projects in Ireland and Australia, Kevin has accumulated deep construction and project management experience.

In his role with Fewer Harrington is as a Project Co-ordinator and Team leader, Kevin is responsible for managing a team of up to 12 Architects, Technologists and Town Planners working simultaneously on a number of projects of various sizes and complexities.

He has completed the IPM & RIAI accredited ‘Project Management in the Built Environment’ course and also the IEI accredited ‘Applied Project Management’ course at the University of Limerick. Kevin also completed the IOSH ‘Managing Safely’ and ‘Managing the Construction Process’ courses and performs the role of Project Supervisor for Design Process as part of his role in Fewer Harrington. Kevin has also completed the SEAI course for Domestic BER Assessors and the FETAC Level 6 Train the Trainer course.

Ronan leads a team on a wide range of residential, commercial, industrial and pharmaceutical projects from inception through to completion.

Since 2003 Ronan has been a Team Leader / Project Co-ordinator with responsibility for managing a team comprising design architects, architectural technicians and planners working on landmark projects across the globe. His team are currently responsible for the delivery of a number of multi-million euro schemes in the residential, commercial and industrial sectors.

Ronan is an SEAI registered BER Assessor for domestic buildings and carries out DEAP Assessments on all new residential schemes in the office ensuring compliance with the Building Regulations, advising on selection of renewable technologies and issuing BER Certificates upon completion. He has completed a FETAC Level 6 ‘Train The Trainer’ course and has delivered an AutoCAD training course to local Transition Year students. Ronan holds IOSH Managing Safety and IOSH Managing the Construction Process certification and performs the role of Project Supervisor Design Process as part of his role.

With over 25 years architectural experience, Eamonn has led the management, design and delivery of small, medium and large scale developments in the healthcare, education, commercial, leisure, industrial and residential sectors throughout Ireland, Europe and beyond.

Eamon is a valuable asset to the practice with proven skills in project management in all stages of development, design and construction. With a dedicated and collaborative approach, he employs his technical knowledge, design ability and attention to detail to ensure the planning, designing and construction of buildings and developments are to the highest quality.

Eamonn believes that in order to understand the issues incumbent in a given site and how they’re consistent with the surrounding environment, there is no substitute for viewing projects within their context and clear of the boundaries of the development itself. Developing plans that demonstrate an understanding of the local conditions whilst collaborating with our clients on their sustainability goals is paramount to design excellence. Through working collectively with clients and diverse multidisciplinary teams it is possible to develop solutions that have a sound economic base and have strong local appeal – with the vision to promote a better quality of life.

Following graduation, Paul worked for a number of respected architectural practices across Ireland and Australia before joining Fewer Harrington & Partners in 2005

After graduating from Waterford Institute of Technology in 1998 in Architectural Drafting and Architectural CAD/CADD, Paul spent a number of years working on keynote projects in Ireland and Australia before joining Fewer Harrington & Partners in 2005.

Paul has brought his international experience to bear on a wide range of large-scale retail, residential, commercial, pharmaceutical, office fit out and refurbishment projects. His meticulous attention to detail has helped ensure planning, tender and construction documentation is prepared to the highest standards for our clients. In his role as team leader, He has responsibility for managing a design team of architects, architectural technicians and planners.

As a Team-Leader at Fewer Harrington & Partners, Darryl oversees a team of architecture professional and delivers creative flair to all projects in which he is involved.

After graduating with a Level 8 Degree in Architecture from DIT in 2016, Darryl soon joined the team at Fewer Harrington & Partners. With his strong design and technical skills, Darryl brings infectious creativity to his team, injecting passion into projects which translates into truly innovative completed buildings. An advocate of architecture and its contribution to society, Darryl’s natural problem-solving nature allows him to seek inspiration from both the natural and built environment.

With a diverse portfolio of projects spanning residential to commercial and mixed-use developments, Darryl has worked on some of FHP’s largest projects including the North Quays Development and the Alat Free Economic Zone project in Azerbaijan.  Darryl has recently graduated from a Level 9 Professional Diploma in UCD and has completed his RIAI Part 3, making him eligible for the Register of Architects. A classically trained architect, Darryl works closely with Ian in the office as a team leader where he focuses on the design aspects of projects from the inception stage. He also has a realm of experience in residential architecture and design, and on-site.

With more than 25 years of experience, Ben manages the team at Fewer Harrington & Partners’ Dublin studio and oversees the delivery of large-scale commercial, industrial and pharmaceutical projects.

Ben is a highly valued part of the FHP team. After graduating in with a National Diploma in Architectural Technology from Waterford Institute of Technology, Ben joined FHP in 1994. He joined Fewer Harrington & Partners’ Dublin Studio in 2003 as a Team Leader, and since then Ben has been promoted and is now in the position of Dublin Office Lead, typically overseeing commercial, industrial and pharmaceutical projects from inception to completion.

Above all, Ben’s attention to detail is second to none.  By interrogating any given brief, Ben ensures that he has a thorough understanding of all projects and client requirements, identifying possible limitations or hurdles to be negotiated before delivering an effective design through collaboration with the client and design team. Ben has delivered some truly impressive projects including the redevelopment of a former hotel into Brampton Care Home, and redevelopment works for Mylan Pharmaceuticals in Baldoyle.

Start your project, get in touch today 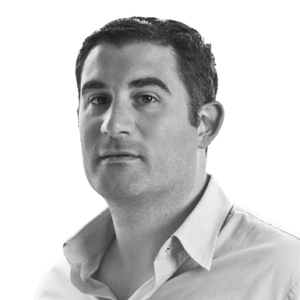 Irish Offices
Affiliated Offices
We use cookies to ensure that we give you the best experience on our website. If you continue to use this site we will assume that you are happy with it.Ok